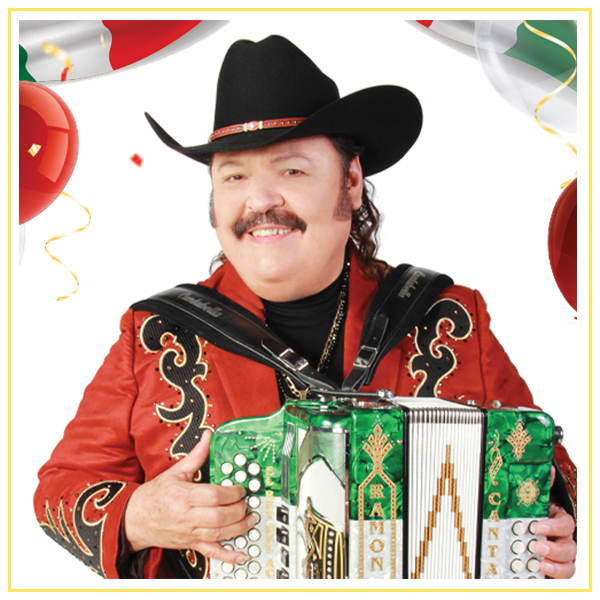 Honing his craft for over half a century, legendary singer/songwriter Ramon Ayala is an internationally acclaimed master of accordion artistry.  He has defined norteño music with his signature songs and definitive instrumental stylings, which have made him a superstar on both sides of the El Rio Grande.  Ramon began musical journey by learning to play the accordion when he was just six years old and his brilliance  continues to be acknowledged, as he continues today as one of the founding fathers of modern norteño music.

Critically acclaimed, Ramon Ayala has won and been nominated for several Grammy awards.  His influence on modern music cannot be overstated.  Most norteño groups today use their style as their musical foundation to perform their songs.  Without a doubt, Ramon is one of the most iconic norteño music legends, of all time.