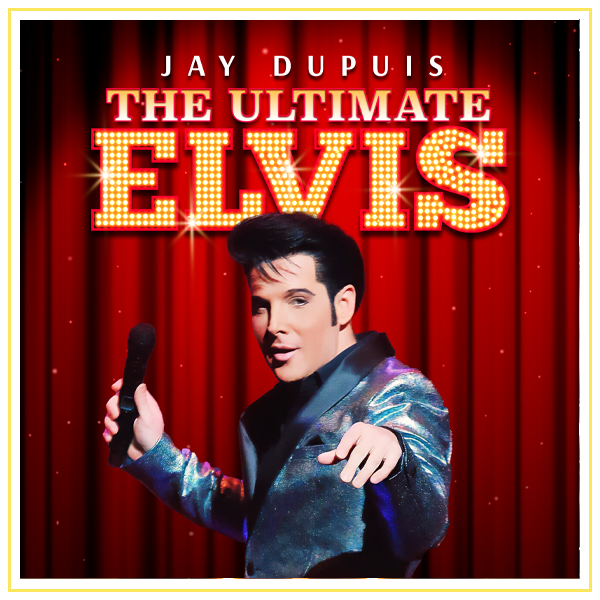 Jay Dupuis is one of the most sought after Elvis Tribute Artists in the country, and is ranked as one of the top 3 Elvis tribute artist in the world by Elvis Presley Enterprises, Jay has placed 3rd in the biggest Elvis competition in the world (and the only competition recognized by Elvis Presley Enterprises, Inc.) Jay was also crowned The E.P. Expo Grand Champion of 2010.  Jay’s performances aren’t so much as an impersonation, but a ‘complete tribute to Elvis’.

His southern form and captive charm coupled with his uncanny sound and presence will make you feel as if you are watching the King himself, he brings all the electrifying magic of Elvis to the stage. His vocal ability, incredible likeness, and natural charisma have made him one of the foremost, greatest Elvis Tribute Artists of all time.